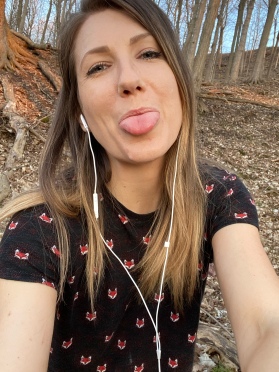 Little Miss Abyss was right. We didn’t have the time anymore. We could no longer wait to “finish” the inner work, we could no longer hide our half finished gifts from others while we sat back trying to heal ourselves first. We had to risk that whatever we were tossing up and out of our true authentic cores was serving someone out there. We didn’t have the luxury of development time anymore. Time had always been an illusion anyway, but never before had it stared you in the eyes like it was right now. Coronavirus days were an awakening everyone had felt coming but none were truly prepared for. The tests humanity is facing on the daily, each second, each moment are equally felt across the board. All I knew was that not many had any magic left in them.

So when my I managed to connect secretly with Little Miss Abyss via video chat (social distancing was the new normal now) in the Forest the other day and she told me a limiting belief I was still carrying was that I had to be healed first prior to serving, I was grateful. It made me realize that this IS service, I am doing whatever I can to help others as I forge diligently along my own path. In The Story Series I had always had notes and envisioned myself wandering into a Fairy village, Artew (my Celtic Stag Power Animal Guide) was with me as we ventured through the woods stumbling into their secret community within the Hawthorns and rose brambles….and now, my muggle reality was mirroring that part of the Story.

This is where I realize that that’s who I needed to be serving right now, the woodland fairies. People had lost memories about their magical gifts and forest healing capabilities of both self and others and as I had already mentioned, most had completely lost their magic.

In  the Story Series when I had stumbled upon them they were not faring well. When Artew and I had arrived in their territory we had just missed Karm, oh? I haven’t mentioned him yet? Ah Karm, Yes, he’s a mischievous character, a really greedy, self-serving but charming wordsmith…and he’s a Leprechaun. Yes, a magical creature for sure but a dick nonetheless. He had poisoned the spirits of the Fairies in one of his twisted ideas to regain material wealth, an illusionary dream nowadays indeed.  Anyway I don’t wish to get into it now but this was definitely a Story Series scene I’d love to shoot one day so you can find out all about Karm and his money led endeavours, how he thinks only of himself and uses his magic for personal gains always. A villain? perhaps. However he had great attributes as well and perhaps one day we shall learn more about his magical ways and even his sacrifices for Nature Girl and her warriors.

Ah, yes, the wounded Woodland Fairies. Sigh. I had written in the Story Series that NG helps these creatures regain their inner power and divine expression by inviting them to train alongside her as she felt like having more allies on her side was a smart idea since she had lost Elyk when they split up to find Raven and the Sceptre. Oh yes, Prince Elky and Raven, fuck there is so much you all don’t know. Sigh, I might have to return to the beginning and fill you all in. Anyway, since I had been writing scenes where I had trained and healed the Fairies to join my Nature Warrior Quest to return Raven and her Sceptre to the Forest so the magic of Nature would be regained, I just decided why the fuck not! Why not?!

Why couldn’t I? I knew there were real fairies among us. I had activated my own inner Fairy powers of the Forest and I knew I could definitely muggle things down so others on this Earth plane could follow suit and help me heal the Tree Elders of the Woods. 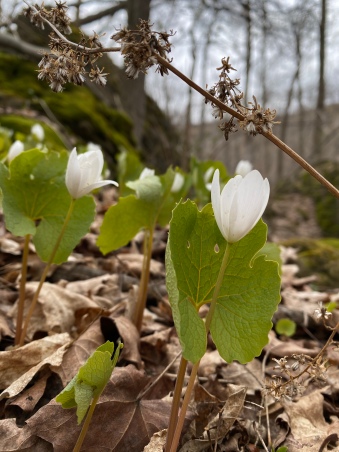 So here we are, present day, and I’ve decided to deeply devote myself back into the Trees and get daily meditations and yoga practices with the Tree Elders so I can ensure that everything I’m creating is of service to them. This is so when I create and train new Nature Warriors I am servicing from my purest form of truth in heart led service. For me, that would always be serving the wishes of the Trees.

That’s what a Warrior needs to be rooted in anyway: whatever it is that they stand for. A Warrior is honourable in their Truth of heart. I wanted to be that more than anything. However, once there, in my own truth, and with the Story Series kinda naturally aligning like that in this reality I decided to create a “Heal YOUR Wounded Woodland Fairy” Online Program aimed at those who have lost or denied themselves that connection to their sacred womb energy and ignite their magical power centres. That is their birthright and everyone deserves access to their own inner magic. I wanted to give this gift back to the Nature Warriors out there, as I had seen many were ready to release from sacral to heart and get to serving their mission to Nature.

Though I am still currently creating this, the program will give you all the tools you need to connect back into your fullest expression anchored in truth through nature. I can’t wait to share more of my medicine with the Nature Warriors among us. I have heard the battle cry for service from the Trees and Forest creatures but don’t yet know when and how we will be needed…..as I hadn’t gotten to that part in The Story Series yet, as I legit found myself inside it.

It was humorous, I felt like I was being called into Leadership before I had even felt like a true Warrior. It was a humbling place to be. So I decided to give myself the permission to pause as I observed Beech’s teachings:

” …because they retain most of their fall leaves until the spring growth pushes them off I’ve been really noticing it’s reflection in the world lately. As if called to remain in the state of internal winter holding our old with a patient discerning eye before completely letting go and budding into our unique perfection. Beeches are so beautifully “perfect” from their smooth bark, to their straight buds and symmetrical leaves…it’s just reminding me that sometimes holding on to the old a little while more to fully access its purpose in your path and pausing to just allow the winds to whisk away your worries and old limiting beliefs is sometimes exactly what we need to gain a little more perfection. Beech is patient and flawless in its growth and sends out hundreds of tiny seedlings from its own roots. Beech’s gift from Nature Girl’s lens to you is the gift of perfected pause. There is no need to bloom …just be wherever you’re at.”

…so I let myself do “nothing” over the weekend as I connected back to anything that naturally flowed out of me and that was most definitely this: I am here to tell you The Story Series, the only difference after corona, is that it now has to happen in the present moment. So it may be harder to follow but I promise you that as long as the abundance flows towards it as a form of service, I will continue to serve it.

Are you one of my Warrior Fairies?

I can’t wait to train you

Honoured to serve alongside you,