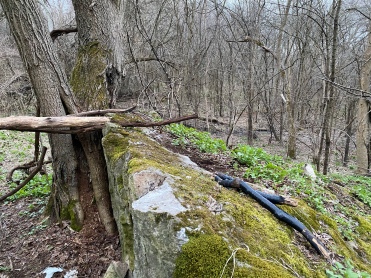 I hadn’t realized the impact of what had actually just happened.

…..and because of it, everything I had just so confidently tossed out into the world was now giving me anxiety. I was overwhelmed to say the least. I didn’t even know how to continue telling the story.

It was May 1st and a real live human I had been writing about for almost 2 years just left my life. Like a severing of inspirational fodder I just couldn’t believe it. Due to my level of self awareness, I wasn’t really attached and felt pretty good as we parted ways….

until I realized the severity of what had actually happened.

….I was overwhelmed, anxious and depressed because I had such a clear path and vision to execute and then, last night, as I was asking myself WTF I thought I was doing opening a project that was never intended to be made into a book, but a musical video story series to the public. What the fuck was I doing?!

I didn’t know what to do about that.

Typically if a human that was fuelling a storyline and character in my creative process left or vibed out it didn’t matter because I would simply hit shuffle on my iTunes and dance heal through it. Often a song download would come through that would provide me such clarity on the fantasy realm version of what had just happened. Then I’d write it down as a scene and voila! Character cut/killed/lost etc or I simply transferred the character to a new individual and began weaving them into one.

However, since I was now currently writing live and I had a man that I respected and was dating that could easily read anything I was writing, knew me well enough to know that all these characters were real humans and also knew that he was inspiring Gavin. …

…..oh Gavin, I really am blessed to have stumbled into him. His muggle self (I can see him cringing at my reference to this lol) treated me amazing and even HELD space for me getting over this other character….

…it TRULY was the character I was mourning. I had legit fallen in love with an IDEA again. Not the actual person, but the fantasy I had created inside The Story Series and my mind. If I got completely honest I didn’t even like him, he was mean and he was corse and unrefined 😉  I just trust my intuition but soul contracts and karmic ties are deep! We feel those intensely but if I’ve learned anything along this path of unconditional love, it’s that doubt = don’t. Things that are for you feel safe, healthy and loving. There should be honestly and love present when someone cares they will want to communicate through it.

Anyway, this shift REALLY shook things up. Typically, if I was still creating behind closed doors I’d just write it out as I said, and the song download would come and who knows, maybe Animist would return as he often did…

….however, with this particular character Spirit had ALWAYS shown me this developing connection, this journey to save Mother Earth and a ridiculousness that seemed to be one of those typical Fairytales….you know, where the two Nature Warriors that were barely even friends magically find each other at the end and live happily ever after.

…. but it NEVER happened.

I never felt safe with him, I never even understood why I liked him. I could never be friends with him, I let him treat me poorly, ignore my needs even as a friend and for whatever reason I still thought I was in love with him….well at least the idea of him.

So bring on the healing ugly cries because that’s exactly what happened in my reality last night.

I officially wanted to give up, kill The Story Series in its entirety and just follow Gavin into the deep forest and hideaway there. What was I going to do? Should I write the character out? Should I replace them? Should I keep writing as I had always intended? Is this a new “Book” do I just disregard the past do I drop everything and just focus on the Nature Warrior Training scenes?

I just felt deep down that if I kept him in my creative process parts of me would always be left waiting. As someone who chose to remain a mistress for almost 3 years of my life I definitely didn’t wish to hold onto anyone once it was clear with their actions they weren’t interested. However, there was just this deepness to our connection that I could never explain. It didn’t make sense. I just thought he might actually like me too….but he didn’t.

This instantly triggered a past wound from “Brad” yes that’s how I’ll refer to my dark past affair partner. I ADORED so much about my experiences with Brad but they were absolutely ridden with toxicity, lies, anger, hatred and love…oh yes “love” you know TRUE romantic attachment. It’s definitely easy to get yourself tied up in, it is after all, that fantasy most of us chase. Brad had left me in the past saying “You don’t belong by my side” and the pain of Animist’s decision to completely disregard me and my feelings had me releasing the pain left over from that past karmic relationship.

…He didn’t want me by his side.

Normally that would’ve hurt me a lot more but Hey! we are consciously healing right? So I just purged that past shit out in awareness that it wasn’t even his, fuck it wasn’t even Brad’s. It was actually a deep childhood wound and tbh I just hugged and reassured myself and instantly felt better. I got up, took a breath and accepted that this present situation obviously didn’t serve me and instantly ran back to Gavin and told him everything. Again, he is so good to me. Not many people can sit there calmly and hold space for you while you’re crying over another person and the imagined fairytale you thought you might eventually have together….but he could. I often found myself wondering if I could give that same unconditional love to him… time will tell I suppose.

Anyway, after that surfaced and healed out of me I instantly began grieving the real loss…

I didn’t know what the fuck to do.

So far I’m landing on a fresh start. I just couldn’t bare to keep writing about him so I asked Spirit to show me the song scene download for his characters death….

….as if there was some cruel joke “Beauty and the Beast” came on and I just instantly lost it again. Crying. Just crying. WHY?!?!?!? NO! I’m not doing this spirit! I REFUSED to hold onto some imaginary idea of a version of a person that was NOT real. NO. Never again would I lower my self worth and give someone so much of my power again.

so I asked again….

“Please Spirit….I want to write him out… Please show me how to do that”.

As if my guides just wanted to rub that salt deep…

“Ascendance” by Lindsey Stirling came on.

That’s the way Spirit wanted to play so be it. I’ll bite… and I instantly got up and started dancing….. I needed my sticks….so I ran to my car, where I had left them and started dancing this out….but I stopped. I couldn’t even gain the motivation needed to be a positive light in this song anthem. It was one I really wanted to dance to through the forest to and he was always super positive about my path of purpose “Yes, that song is YOUR anthem” he had said to me one day back in January when we were planning to film some scenes from The Story Series.

I think I just got used to him always vibin’ back into my life and The Story Series and now he was gone….

…. I thought ok, I’ll hit shuffle one more fucking time and then just pause for a while if nothing comes…

“Spirit PLEASE, Please show me the scene where he leaves the book, please!”

…and I was inside the scene. I instantly felt sad. I instantly felt cold, I “opened” my eyes inside the Story and there he was. He was trapped inside NajRolf’s prison, which made sense since in a previous scene I had mentioned he was captured by Karm and Raven…. yes, the villains serving NajRolf. I needed to get more organized tell this tale but at least I knew there was an end scene I could work with. Wormhole from Interstellar came on afterwards and made me realize that that’s exactly what I needed to do with Animist. I needed to leave him inside their prison and keep walking straight.

I’m sorry my friend but our paths weren’t aligning and I just couldn’t keep trying to pry him out of a door that was clearly locked… So in this particular scene I felt his hand grab my arm through these steel bars as some other voice of a character I couldn’t identify called to me, pleading with me to go. He looked deep into my eyes in a way that was reminiscent of the time he looked at me when we were back in the forest the first time he saw me dance with the Trees…. “Don’t wait for me” he said.

The music in the song was suspenseful and had this feeling of urgent action so I just gently took my arm away, looked back at his deep blue eyes one last time and said “I’m sorry….” and just left. I could feel his gaze on me as my figure, from his perspective shrunk into the nothingness. Every part of my being wanted to look back at him, wanted to admit I cared, that I would miss him, that we would see each other again…. but instead I just ran forward and found Gavin greeting me at the mouth of the underground entrance to NajRolf’s dungeon….

The light hitting my eyes for the first time coupled with Gavin’s kind “Are you ok? I know you really cared about him” which seemed so odd all things considered but I just looked up at him, wiped the tear that was slowly sliding down my cheek and said “Let’s get out of here”

….and we pushed forward.

I had Nature Warriors to train, forest skills to learn and a wild summer romance to explore. My heart broke to leave him there, but I had to. I was here to serve The Trees and they wanted me to remain focused on reactivating other Nature Warriors so that we could spread natures magic into the muggle realms and deliver her the Happily Ever After she deserved.

I snapped out of it

….”fine!” I thought as I cried there on my kitchen floor, which is where I ended up after moving through that song download scene.

…but I will leave him there. If he wanted out of imprisonment some other character would have to save him or he would have to escape on his own. It wasn’t my responsibility to keep giving to the connection. If he really felt anything for me, he would come back eventually.

The next song that came on is “Thin” and the lyrics that really struct me were “what’s the point of wanting something if that something makes you thin?” ….the song goes on to end with the repeating phrase “Take a bow, take a bow” ….

….thank you Animist, but the scene is set, curtain is down and this is over.

Good luck getting away from NajRolf….

….at least I still had that. 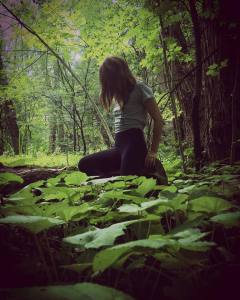